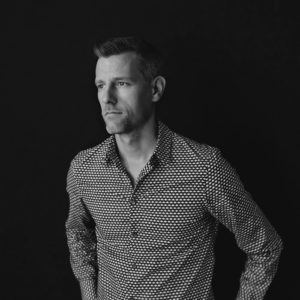 The first Lovebirds release appeared on Trax of Interest in 2000. Back then it was only a side project for releasing deeper stuff than what he was doing under his main project. In 2006, having built up a repertoire of unsigned material, he sent a CD to John Buckby, label owner of Winding Road Re- cords and a mutual friend of Vincenzo.

The Lovebirds sound is like a blast from the past with house steroids pa- cking serious production muscle. Listening to Lovebirds is like taking trip back to the 70s and 80s – but riding in a gleaming futuristic spaceship.

The first Lovebirds single on Winding Road was the „Modern Stalking“ EP, which came out in 2007. The EP contained tracks of mid-tempo house, each coming from a different musical angle and giving the world a taste of what he was capable of. It was received by the deep house and neo-disco community with open arms. Top-flight DJ’s such as Prins Thomas, Ashley Beedle and Jimpster went wild for it. Bill Brewster made the EP the „Single Of The Month“ in iDJ magazine.

Since then he was responsible for a huge number of club hits including deep house masterpieces like “M.U.S.I.C.” (on Vincenzos and his very own imprint TEARDROP), the modern deep house classic “In The Shadows” (on Winding Road) or dancefloor bomb “The Rat” (on Freerange) peaking in the modern deep house masterpiece “Want You In My Soul”. More than 4.000.000 views on You Tube, best selling single on traxsource.com in 2011. …this track was and actually still is everywhere.

Although the Lovebirds name has burst onto the scene only a couple of years ago, Sebastian is no beginner in the production game. He formed Kneedeep, together with old friend Toddie Freese in 1998. Kneedeep became a household name in the dance scene, leading to international DJ gigs and mountains of remix work. As Kneedeep, Sebastian has remixed Jamiroquai three times, as well as Bob Sinclair, David Morales, Brandy, and many others, even winning the prestigious “best remixer” category in the 2002 German Dance Awards in the process (beating Timo Maas along the way). Their epic “Nassau Rules” was voted track of that year in DJ magazine and the remix for “Afro Medusa – Pasilda” almost created the “Latin House” genre alone!

A few years on, Sebastian had achieved all he wanted to with Kneedeep, and was ready to move into more deeper, melancholy musical avenues. And so Lovebirds was born, which is now his main project. His production experience means that he is able to finish well-rounded tracks off in a matter of days, constantly building a repertoire of classy dance floor and mellow sounds all destined to wow the world.

The process is well on its way already. Having releases on labels like Freerange, Defected and Lazy Days and most of all his own Teardrop Re- cordings, working with artists like Ben Westbeech, Lisa Shaw and most recently 90s UK acid jazz icon Galliano and playing worldwide gigs every weekend – Lovebirds combination of grown-up house music with a touch of funk, soul and disco is welcome change in these times of sterile formula artists.

Currently he is working on a follow up EP with his partner Stee Downes and a whole underground pop/electronica/indie album under the name of Minako & The Lovebirds. Both due to be released in 2016. These two collaborations will also be available as a combined Lovebirds Collective live show from Summer 2016 on!